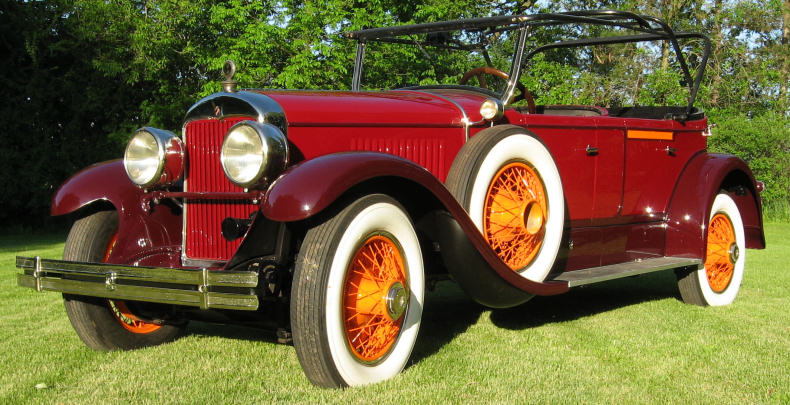 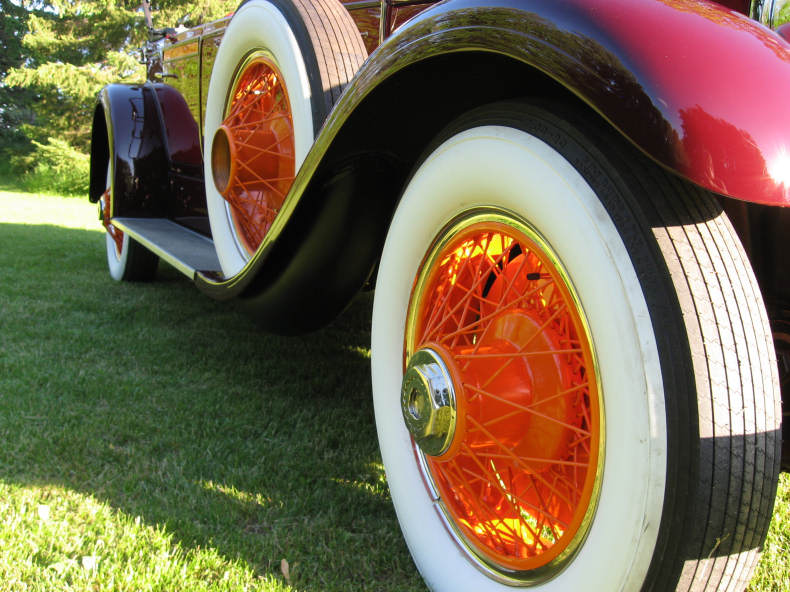 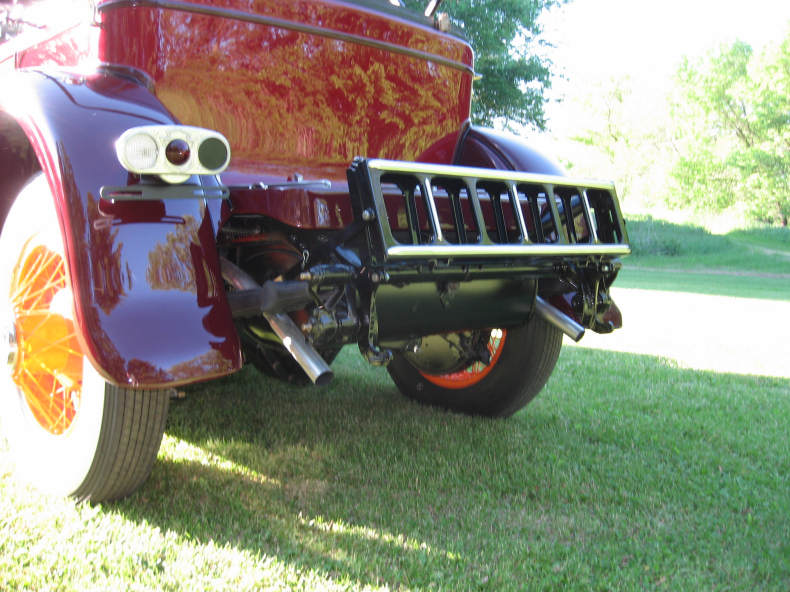 Bodies • 1926 Cadillac Click to supersize 1926 Cadillac • The open cars were transferred to the "Custom" line with the 3505mmwheelbase; except the Roadster, which retained the 3353mm wheelbase. • The two-passenger "Custom" Coupe was transferred to the Standard line, keeping the 3353mm wheelbase. • A window was added in the rear quarter. • The coach was renamed Brougham. • The Landau Sedan, Limousine, and Town Brougham were dropped. • The semi-commercial chassis now had a 3810mm wheelbase. • Cadillac offered funeral coaches and an ambulance (bodies by Superior) plus an armored car. • The body featured a narrower, higher radiator with thermostatically controlled shutters. • A moto-meter came on the "Custom" cars. • There was a greater distance from the radiator to the windshield. • The long sweeping front fenders contained battery and tool boxes. • All cars had a one piece windshield. • On open cars, the windshield swung from a pivot at top. • Closed cars had a vertical "V-V" windshield. • There were fourteen louvers to the rear of the hood. • A new nickel plated radiator shell with emblem was set on a badge shaped background. • All front doors were now hinged at the windshield post. • There were no side lights. • New drum shaped headlights contained a parking bulb plus a double filament bulb for tilting beam. • A small (229mm) drum was on the Standard line and a large (254mm) drum was on the "Custom" line. • The rear lamp was placed on the left fender instead of on tire carrier. • The "Custom" line had bumpers. • The motor driven horn was attached to the left hand headlight bracket instead of the intake manifold. • As of end of 1925, the "Custom" closed bodies once more had the sloping (V-V) windshield. (More angle than on 1924-25 V-63). Triangular side glass wings were added ahead of the windshield posts. • In the spring of 1926, the battery and tool boxes moved from front fenders back to a location behind running board dust shields on chassis unit number 1-25000. • Mid-year 1926, the Cabriolet (leather backed) version of the "Custom" closed cars were added to the line. • By June, 1926, the "Custom" Touring was available on order with fender wells, six wire wheels, and a trunk rack for $360 extra. Chassis • The rear springs were now semi-elliptic with ball and socket rear shackles. • The spring seats no longer oscillate on rear axle housing. • Spring covers came on the "Custom" line. • The torque arm was relocated from the right to the left side and connected to the frame through a fabric hanger. • The radiator was now cellular instead of tube and plate, and a second radiator was added to the cowl brace. • Balloon tires were mounted on split rims with no side rings. • Brake drums were bell shaped to give clearance for balloon tires. • Watson stabilators replaced Gabriel snubbers. • "American" ("National") threads replace special (Cadillac) threads. • The chassis weight was reduced by 119.5 kg (59 kg of this in engine weight reduction). • In the spring of 1926, at Steering Gear Unit Number 1-23500, steering changed from worm and sector type to split nut type. Drive Line • Axle shafts have 14 drive teeth instead of 6 lugs. Engine • A crankcase ventilation system was introduced to eliminate dilution and condensation (this feature was used on the last 2000 V-63's). • An oil filter was added. • The oil level indicator was located on the right side of the crankcase instead of inside the Vee. • The oil filter cap was a screw type instead of being hinged. • The camshaft bearings fed full oil pressure, not overflow from the regulator. • The rocker arms were eliminated. • The valves and tappets were placed at an angle to the cylinder bores to line up directly with the cams. • A single water pump was located at the left. • A detachable water elbow was located on the cylinder heads. • An oil pump was located at right front corner of the crankcase, in place of second water pump. • Both the oil and water pumps were driven directly from the cross-shaft. • The starter and generator were separate units for first time on Cadillacs. • The starter was vertical at the top of the flywheel housing, driving through teeth on the rear face of the flywheel. • The generator was in front, in the Vee. • Generator/fan was driven by a belt, eliminating one chain. • Tension on single chain was maintained by an idler sprocket. • The front cover of the engine was made of steel instead of aluminum. • The intake manifold was now a separate piece. Source: motorera.com