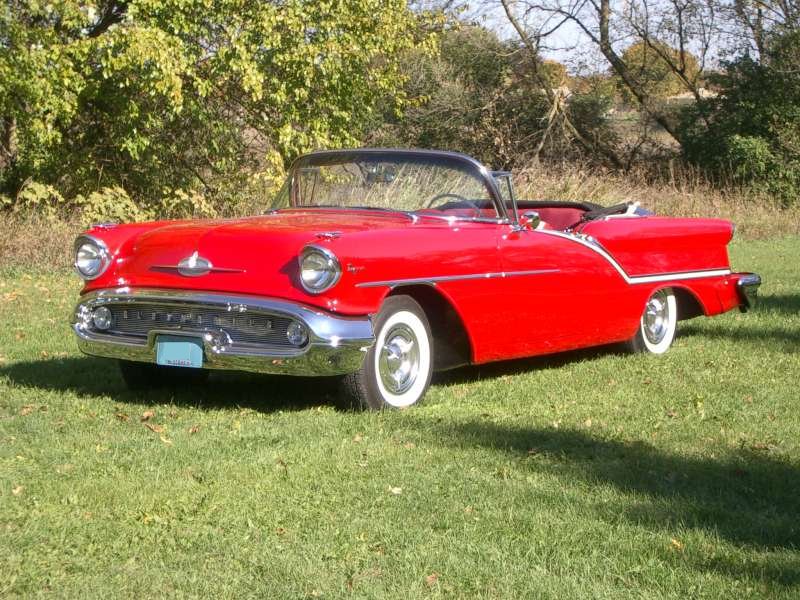 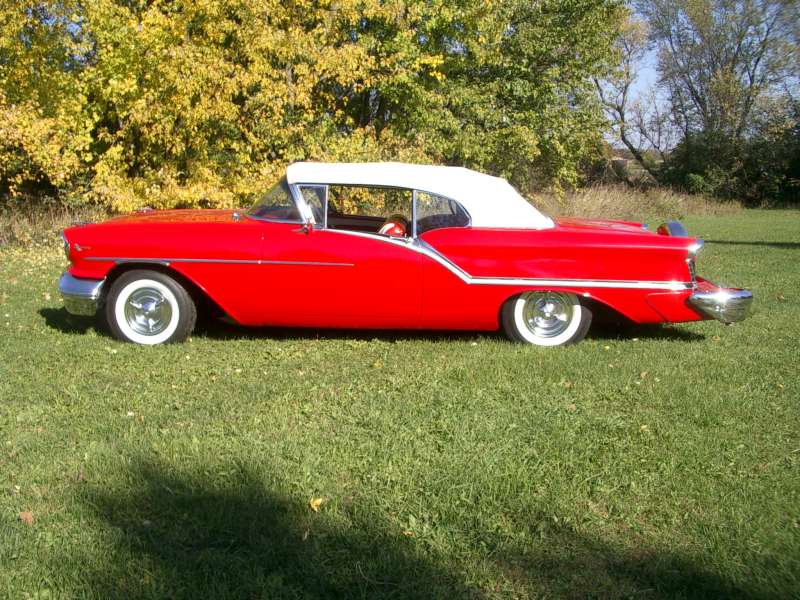 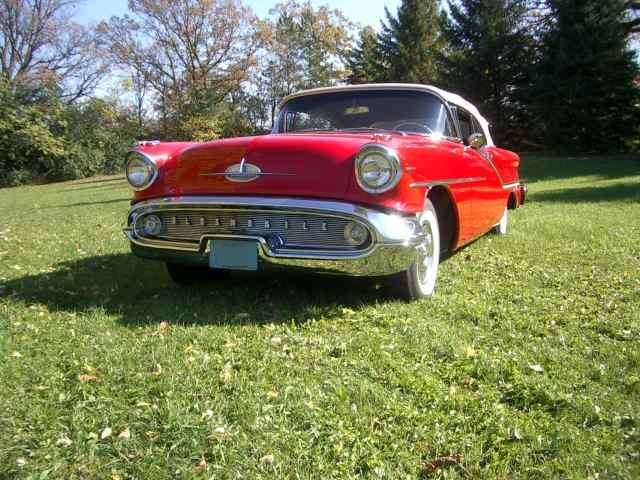 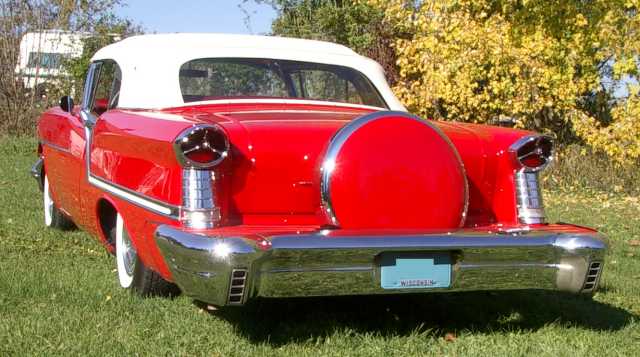 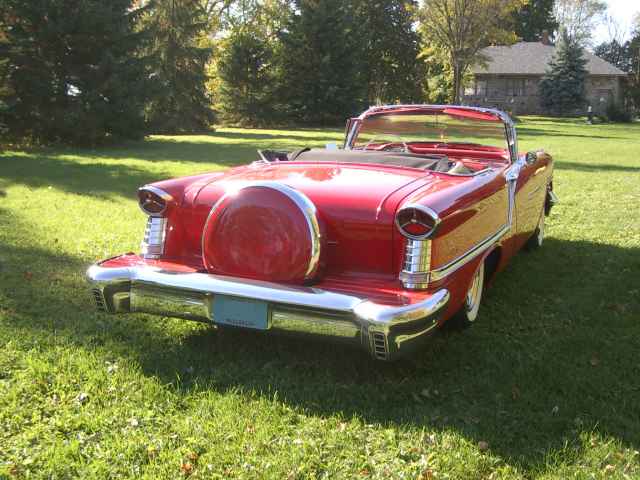 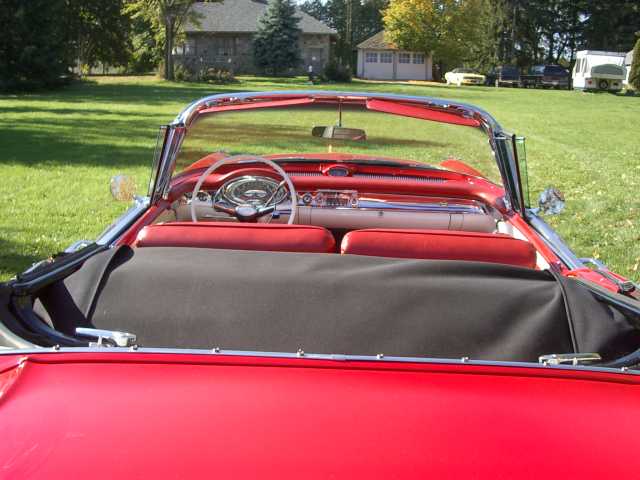 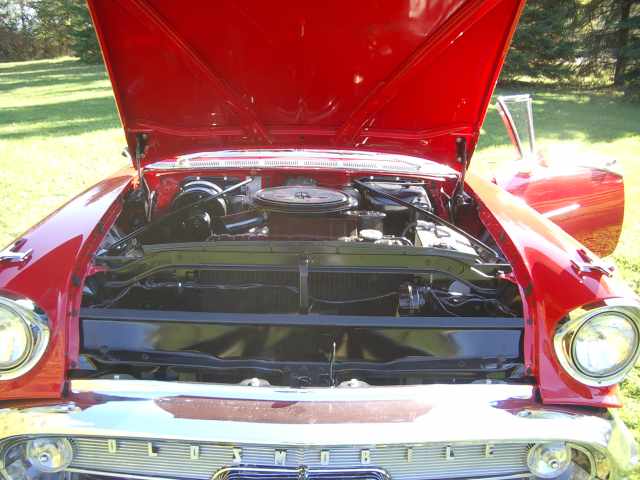 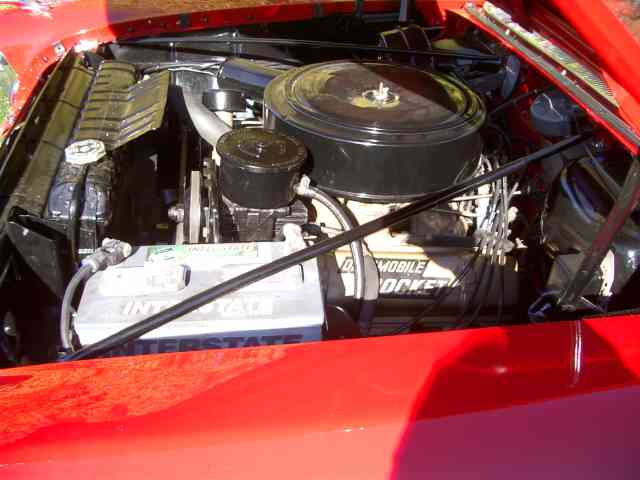 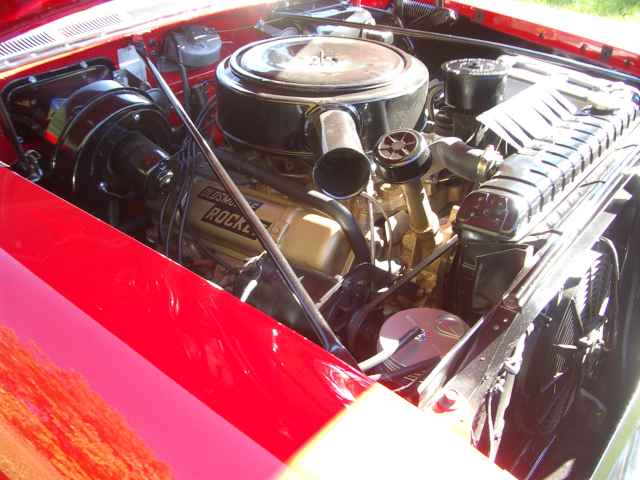 The making of one fine 1957 Oldsmobile Super 88 Convertible. This beauty started life wearing white paint with a red stripe which looked good but lacked the wow factor. The goal of this Oldsmobile restoration was simple, swap the color combination and apply the specially formulated red paint over several treatments of hand block sandings. The end result is a head turning award winning 1957 Oldsmobile. Have any questions regarding your Oldsmobile restoration, contact Fellion Auto Restorations for all your answers.

For 1957 only, the basic Oldsmobile 88 was officially named Golden Rocket 88, taken from Olds' 1956 Motorama two-passenger show car. However, the only badging was an "88" underneath each taillight. Also for 1957 the "J2" option was offered, with three 2-barrel (0.32 m3) carburetors, similar to the Pontiac Tri-Power. The Super 88 continued as the upscale mid-line series. Under the hood, the Rocket V8 increased in displacement to 371 cubic inches and 277 horsepower (207 kW) for all models across the board. Styling highlights were more evolutional than radical overall with three-piece rear window styling utilized on some models. Oldsmobile revived station wagons for the first time since 1950 with the Super 88 Fiesta being a four-door hardtop design.