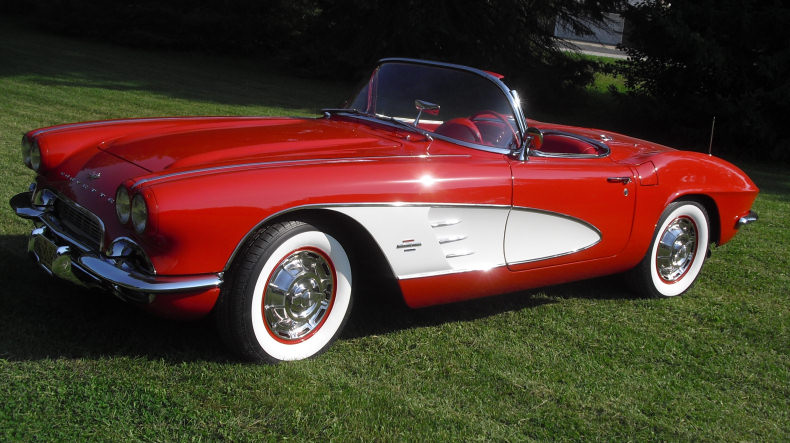 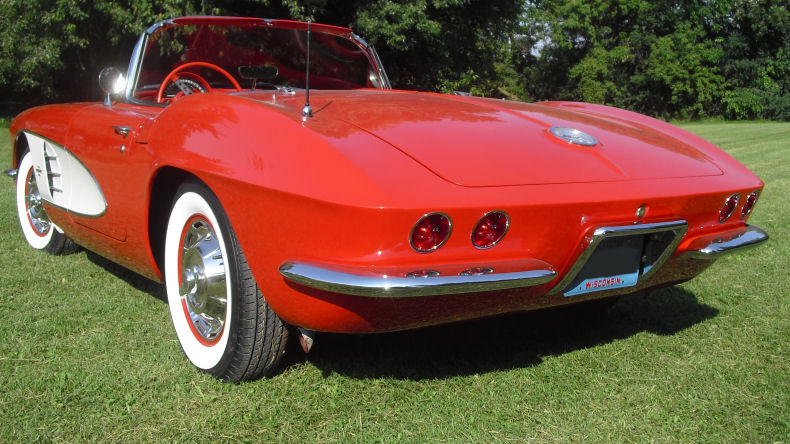 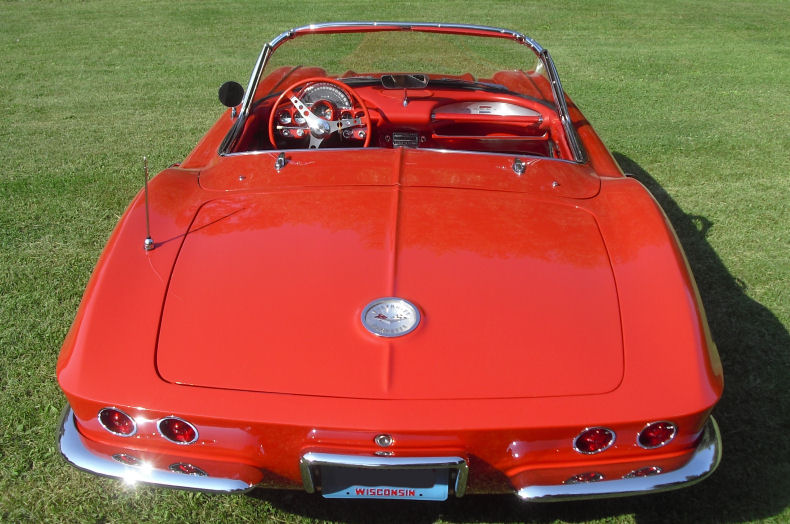 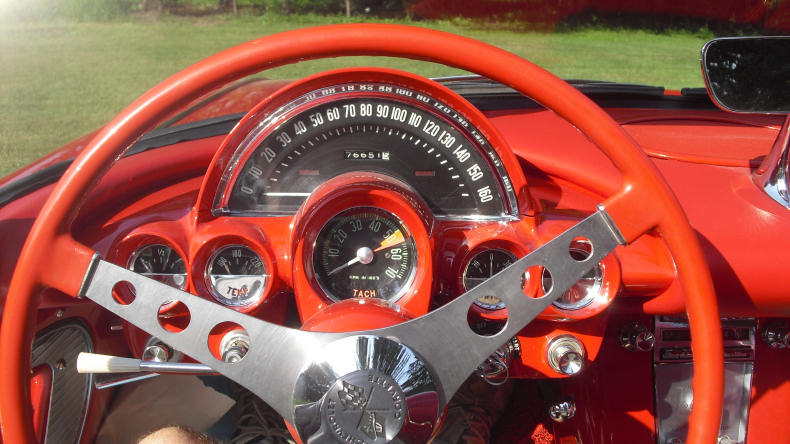 The 1961 Corvette was the first to include aluminum radiators as standard equipment. These radiators featured a new crossflow design. Unfortunately due to production delays some early 1961 Corvettes were built with the same copper radiators that were used in the 1960 models. The exhaust was moved to exit the car under the rear bumper instead of out of the bumber itself, this was to prevent the bumpers from getting dirty from the exhaust. The rear was completely redesigned to include the 4 tail lights that we now expect on a Corvette, the first year for that. The front of the car was the first that did not have the heavy teeth of previous years. The base engine was still supplied with a stamped valve cover with the Chevrolet script while the optional engines had 7-finned cast alloy valve covers. The 4-speed transmission was provided with an aluminum case this year. The transmission tunnel was also narrowed by 20% to give more interior space. This was the last year that the two-tone paint could be ordered from the factory. Dual carburetor engines were also available for the last time in 1961. This was also the last year for the 283 ci engines. Courtesy lights, windshield washers, temperature controlled radiator fan, sun shades and parking brake warning light all became standard this year.This was the only year for the Jewel Blue color. In 1961 17 Corvettes were delivered in non-standard colors or primer. Source:vettefacts.com